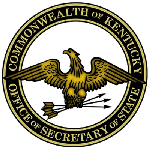 This series documents the written action or order of the Governor, which has the force of law, and which is based on his authority as chief executive of the Commonwealth. The state's Constitution requires that the Secretary of State receive the original order signed by the Governor. After signature by the Secretary of State, the state seal is then affixed. This series incorporates the following orders: extraditions, requests for a fugitive held within the boundaries of Kentucky to be returned to another state for prosecution; requisitions, requests the return of a fugitive to Kentucky for prosecution; proclamations, recognition of achievements; and appointments, to serve on boards and commissions. This series reflects original signatures not included in the Executive Journal (04564). Series contains: Original order; supporting documentation